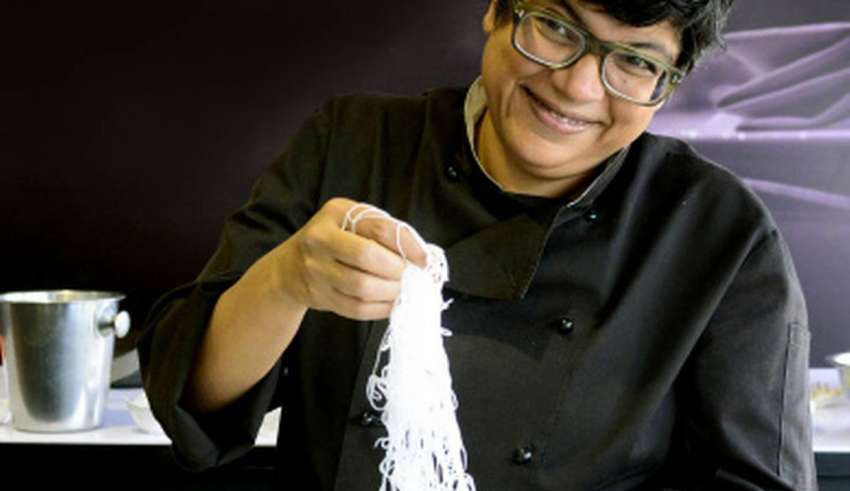 The untrained chef turned a celebrity and owner of seven fine-dine restaurants in Delhi and London, Ritu Dalmia is known for her mouth-watering dishes and her love for vegan food. But there’s much more about this celebrity chef that you may not know. So, on the occasion of International Woman’s Day, we feature interesting things about Ritu Dalmia.

Born in Kolkata, Dalmia joined her family business of Italian marble at the age of 16. Her work took her to Italy quite frequently and it’s no secret the city and the delicious Italian cuisines played an integral role in Dalmia’s culinary journey. Ritu Dalmia is among the first chefs who popularized Italian food in India.

The interest in cooking stemmed early in her childhood when at the age of nine,she made her first dish looking at the cookbooks of Tarla Dalal, which as she mentioned, was the only cookbook at the time that gave Indian versions of western recipes. When quizzed about her educational background, Dalmia bluntly says she doesn’t have any.

At the age of twenty in 1993, she quit her family business and decided to pursue her love for cooking and opened her restaurant, Mezzaluna, in South Delhi. If you are wondering how come you’ve never heard of it or already planning to book a table there, let us inform you that the restaurant folded within three years in 1996. Dalmia calls it an utter failure, which made her realize that cooking as a hobby is a lot different from owning and running a restaurant business.

Past her failure in the restaurant experiment in Delhi, she moved to London, the gastronomical capital of the world. With her partner Andy Verma she opened her second restaurant called Vama, which fared well. However, her impulsive nature took her away from London in 2000, and now with real-life experience of running a restaurant on her sleeves, Dalmia moved back to India.

Back from London, Dalmia started her restaurant Diva in Delhi with new zest. Her authentic ingredients are the real stars in her kitchen. But when she is reminded of the time, Dalmia confessed that she was tempted to drop everything leave Diva behind and run back to London. As she recalls, sourcing ingredients wereamong the most difficult tasks in the restaurant business back in 2000.  But her passion for cooking pushed her forward and she decided to make it work. And we are thankful that!

Dalmia has accomplished so much in the culinary world with becoming celebrity chef, owning the best Italian restaurants with several cookbooks and cookery shows to her credit, many find it interesting that she was never trained as a cook.

Enjoy the celebrity chef’s Italian and Indian food recipes or treat yourself at her fine-dine restaurant this Women’s Day.

The Rise Of Online Grocery Shopping Apps In The Modern Days

In the past, we had to locate the store with the needed item and travel there to purchase …